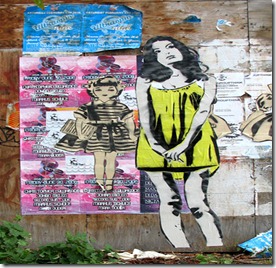 I’ve been feeling a bit like the poster child for social media with the new job. Just after landing it, I saw this awesome TED video by Gary Vaynerchuk on Do What You Love (no excuses!) and I thought my God, he’s talking about ME. When my old company got bought out a couple years ago and my job became… well, less challenging – I started looking for new ways to put my energy towards what I love – developing better software. I started getting more involved with the community and used my blog and twitter to stay connected. I wasn’t trying to make money. I was just, well, doing what I love. And next thing you know, Microsoft is offering to pay me actual real live money for it. Gary would be so proud.

on Using Social Media to Promote Thought Leadership. And I thought he had some great points – including the importance of blogging frequently (yeah yeah, I know, I suck at this one). So thought I’d take his advice and share some of the goodness that I took away from it.

I know, obvious, right? But I think it’s not just something you do at the beginning, but something you should always be rethinking and adjusting. With the new job, I’m soo excited to get to work with startups and UX designers — I want to become not only a resource for these folks, but an outlet where I can share with the rest of you the awesomeness that I’m getting to see.

What are your goals and is what you’re doing with social media helping move you closer to them?

Step #2: Jump into their networks and LISTEN

Funny because I was just given this same advice by a coworker yesterday about getting involved in the startup community. Don’t just jump in with some message and expect everyone to listen and love you for it. I love Seth Godin’s Expose Yourself post about how, with social media, we can chose who we want to expose ourselves to and how we tend to become like those we surround ourselves with. So go ahead and start following those awesome people you admire and spend some time listening to them, sharing their goodness with others, and jumping into the conversation.

It Ain’t About # of Followers

I love what John said here, “# of followers doesn’t mean anything if you’re not engaging with them.”

John’s goal isn’t maximizing the number of people that read his blog posts, and he says it shouldn’t be yours either. What he really wants to do is to change the conversation. Get people talking about the topics he raises. Maximize the value people are getting out of what he’s doing. I like that, I think I’ll adopt it as an evangelist goal as well.

Okay, I hate this one and I bet you will too. John says studies show that if you want your blog to be popular then it’s best to blog every day, or at least 3-4 times/week, so you’re a continual source of information. A recent study found that:

“The more words a person had contributed, the more attractive they were rated by the other members of their community.”

Even if that means your quality goes down. Hmmm… I wonder if this is similar to the More Pots Make Us Better story, whereby sheer virtue of doing something soo many times, we end up getting pretty damn good at it. Better than we’d be if we got all OCD-perfectionist and tried to just do a single masterpiece.

Dunbar’s Number tells us there’s a theoretical cognitive limit to the number of people with whom we can actually maintain social relationships. And that number is about 150. After that point, you’re just not able to remember who all these people are. John’s advice?  Use tools like twitter’s lists to group people into buckets around why you want to engage them.

I am probably the poster child not only for social media, but for meeting peeps on the Internet in general. I met my husband on a BBS in 1993 (someone once said to me but that was before the web, nobody met on the Internet back then!). There was that Dave Barry in Cyberspace book that came out in 1996 which I was sure he was talking about me because I think I spent the entire period from 1993-1995 without actually talking to a single person unless a keyboard was involved.

But, even so, there is nothing cooler for me then getting to meet you guys in person. And even if we only get to see each other once in a blue moon, I think it just makes the relationships that much stronger when you’ve gotten to have that experience of talking to the person in, well, person.

What do you get out of using social media? Do you think, when it comes to content, quantity rules over quality?