shake things up. cause a disturbance.

18 hours. 800 miles. 7 states. One day. First up, Pennsylvania where we droned it up in a cornfield, complete with creepy abandoned house: (Maryland, Virginia - been there, done that, nothing to see here, moving along)

First up, Pennsylvania where we droned it up in a cornfield, complete with creepy abandoned house:

(Maryland, Virginia – been there, done that, nothing to see here, moving along)

West Virginia – stopped for a few postcards because, really, how often does one get to West Virginia? 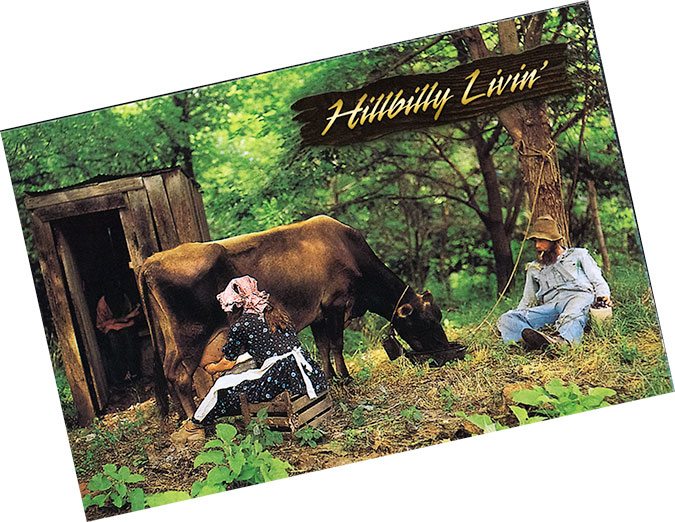 North Carolina – midnight stop at convenience store for munchies to keep us going. Ran into a guy picking up snacks for his music studio. We were all impressed with the fact that he was an artist (rapper) who ran his own studio… that is until he got all “I don’t mean to brag but I’m kind of a big deal, you should google me.” Which, we did. And, he wasn’t. But, had fun talking to him and it led to a couple hours of Brian and I analyzing what makes for good rap production and blasting 50 Cent, Dr. Dre, Eminem, Paula Abdul, and Young MC (don’t just stand there. bust a move). 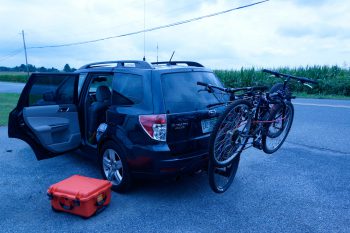 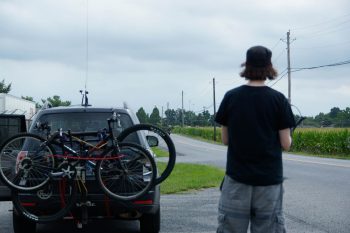 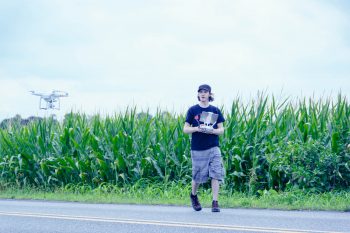 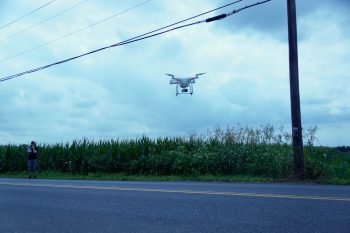 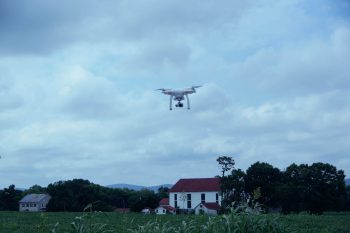 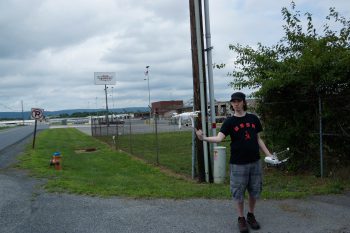