In my last post, I shared my How To Build Your MVP presentation that I gave at Harvard. But of course I get it’s a little hard without the voice over… so, here’s a walk through for some of the MVP examples from real startups. If you have more, it’d be awesome if you could share them in the comments!

The Anti-MVP: If we build it, they will come

The Point – Before Groupon, Andrew Mason created a not-so-well-known startup called The Point. The Point’s vision was to 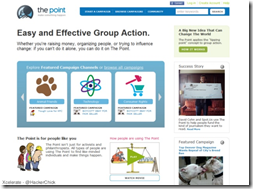 harness the collective power of all of the people on the Internet.

Whether you’re raising money, organizing people, or trying to influence change: if you can’t do it alone, you can do it on The Point.

Awesome idea, right? Andrew and his team thought so. They went off and spent 10 months building it. When they put it out there only to find that people weren’t using it (at least not in any kind of numbers that could lead to a sustainable business), they spent another 10 months back tracking only to realize that the Right product to build was a totally different one (Groupon).

» Andrew Mason discussing what happened with The Point

Moral of this Story: Don’t be like The Point. Instead, try one of these MVP ideas…

Landing Pages: Will anyone actually buy this? 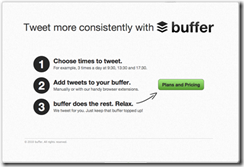 Buffer – Buffer is this awesome little app that allows you to queue up your social media posts/tweets so that it can post them out for you according to the schedule you choose. But before going & building it, Buffer’s founder, Joel Gascoigne, wanted to see if anyone would even want to use it.

So he created a simple landing page (right) that described what Buffer “did.” If people were interested, they could click the Plans & Pricing button and be taken to a page that said “Hello! You caught us before we’re ready” leave your email address & we’ll let you know when we’re ready. 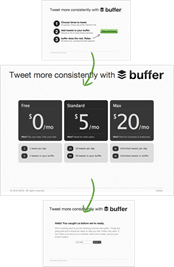 Of course, Joel hadn’t actually started developing Buffer yet. He tweeted out the page, people came, some left their email addresses – that was a good signal. So, he moved onto step #2.

Nope. It was great people were interested in using it, but the real question was would people pay money to use it. So, he updated his landing page (left) to add a Plans & Pricing page with 3 plans: Free, $5/mo, $20/mo.

He continued to let people know about the page, people continued coming and now, a small number were even clicking on paid plans. Excellent! Now it was time to build – not a 10 month version of the product – but a simple, minimum feature set that he could get out there in under a week to start having people actually use it. Shortly after, Buffer had 500 users and were generating revenue from the paying ones. 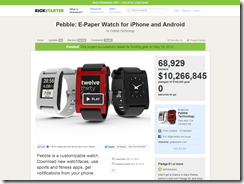 A great example is Pebble, an e-paper watch for smart phones, which raised the largest kickstarter yet: over $10M! While Kickstarter is meant as a crowdfunding platform, it easily serves as a pre-order platform – where funders are rewarded with the promise of your product once you hit your minimum funding goal.

CrowdTesting: How much will people pay? 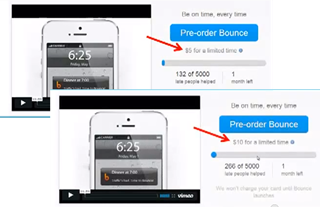 telling you when you need to leave.

They still get the benefits of Kickstarter – getting pre-paid so they have income to build the product. But now they also have data to show how much people are willing to pay.

Video: Does this solution resonate with people? 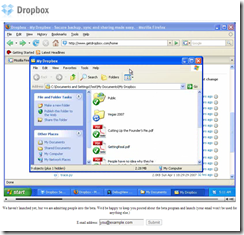 Dropbox – The farther along you get with your idea, the more concrete you want your demo to be. It’s one thing to ask people if they’d pay you to solve a really big problem for them (yes, of course we would all pay for that!).

It’s another entirely to see if they’d pay for the actual solution you’re proposing (just think of all the failed photo sharing apps).

A great way to do this is with a video of a mockup or prototype of your solution so people can really get a feel for how it will work. This is particularly true when you’ve got a unique spin on the problem, something people haven’t seen before and thus have a hard time envisioning through words alone.

The most famous example of this is probably the 3 minute video that Drew Houston created for Dropbox, walking through using the product. He posted it to HackerNews and overnight they went from 5,000 to 75,000 people on their beta list.

» TechCrunch: How DropBox Started as an MVP

For more examples and thoughts on MVPs, check out: How To Build Your MVP